Lotro Changes with Isengard Expansion and much more

During the last two days Aaron Campbell, Producer for LOTRO and Adam Mersky, Public Relations Director for Turbine had several interviews about the upcoming Lord of the Rings Online expansion, Rise of Isengard and other updates. To make a long story short here are the main facts:

Changes between now and Isengard

For the Yule festival we went all out and actually created a new sub-region. It's an entire town just for the festival. It's probably in Breeland on a mountain side but it's off in its own little place. It's called Winter-home and it has its own set of quest lines, snowball fights, an interactive theater where players can go and be the actors and all kinds of good stuff. 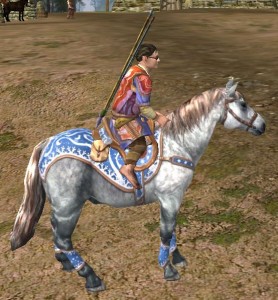 This entry was posted in interview and tagged Lotro Expansion, November Update, Rise of Isengard. Bookmark the permalink.

3 Responses to Lotro Changes with Isengard Expansion and much more