Somewhere within the frozen northlands of Eriador lies the remaining piece of a puzzle that both the Free Peoples and the servants of the Witch-king seek to claim as their own...

The Content team for The Lord of the Rings Online has been working day and night to bring you our latest free content update; Book 13: Doom of the Last-king! Due to the solo nature of the Bay of Forochel the majority of Book 13 will be soloable as well, but players should expect to have to team up for at least one chapter against the denizens of this icy region.

Doom of the Last-king was a very fun part of the Epic storyline to write; bringing in the Lossoth against one of their ancient enemies, Angmar. We wanted our players to see and visit a number of important locations and people in Book 13, including the ancient Dwarf-mines, the ill-fated elf ship, and maybe even get a glimpse of an ancient spirit whose deeds remained unfulfilled. Hopefully the Book 13 epic will provide a few twists and turns that you won't see coming! 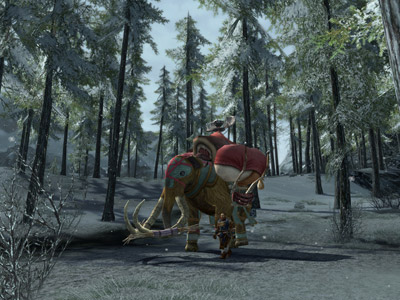 In Book 13, the Content team was finally able to do something we had been waiting a long time to do: implement a new region with its own reputation. Players will start off viewed as "Unfriendly" with the Lossoth but will progress quickly through the lower tiers of reputation by completing quests, collecting item drops, and completing a series of new daily reputation quests for the Lossoth. This is the first region where reputation was built in alongside the creation of the region, and we think that Forochel will be a showcase for how great our reputation system can really be.

Daily reputation quests are a new variety of quests that will allow players an alternate method of obtaining reputation (without collecting reputation item drops) after they have completed all of the non-repeatable quests that give out reputation. These quests can only be acquired after players have reclaimed one or more locations for the Lossoth, fighting back the invading Gauredain, an event that occurs periodically throughout the day.

Lossoth reputation rewards include unique armor sets, weapons, a new mount, housing decorations, and even a few class specific items! The Content team worked very closely with the Game Systems and World teams to ensure that players will be rewarded with a variety of different rewards at each reputation tier.

One of the biggest challenges in the development of Forochel was creating an entire culture out of a six paragraph reference in the appendix of The Lord of the Rings as well as other unique source material.*

Working with artists, world builders, and our own in-house lore-masters, we believe we have created a true-to-the-books take on the Snow-men of Forochel. Players will encounter NPCs that can run on the ice with bones on their feet (be nice to these guys; pushing them around isn't appropriate or funny), and sleds without wheels. 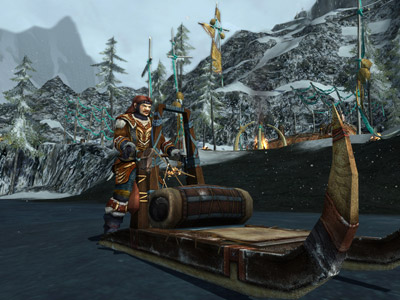 The Creatures of Forochel

What would a new region be without new creatures? A few months ago, members of the Content, World, and Systems team locked ourselves in a room and fought to the death over what monsters we would be making for Forochel.

After a few trips to the hospital, a visit from Human Resources, and the hire of a few replacement employees, we came up with a fairly comprehensive list of new monsters and skills for Forochel.

Forochel introduces six new monster types and a host of new monster skills. What are some of these new creatures? Players will encounter moose, winter-worms, and Gauredain war-mammoths, just to name a few. Stay tuned for more information on our other new monster types as we get closer to launching Book 13. 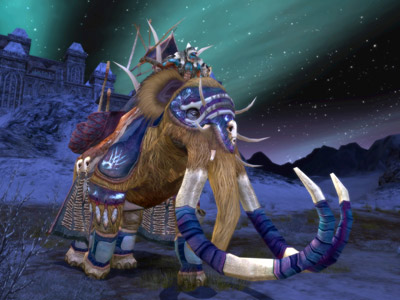 An eye for Soloability

With the release of Book 9, Evendim attempted to fill the solo gap for players in their mid-thirties. Noticing the same need in our higher level content, Forochel will provide a mostly solo experience for players from level 44 through 50. With over one hundred new quests and an area similar in size to the North Downs, players willing to dare the cold will have hours of adventures ahead of them in Book 13: Doom of the Last-king. 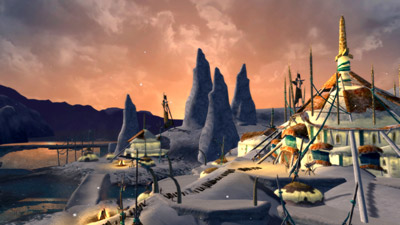 With love to Cassandra Claire

Unhappy. Witch-king came over uninvited; didn't want to play board games. Decided to leave, should have brought more snacks.

Cold. Should have brought long underwear. Only company is whining Dúnadan. Maybe Dwarf-mines have cable?

New Years Day; Disenfranchised. Círdan hasn't come to visit me yet even though I keep writing. Ice skating not as boring as I first thought. Ice beds colder than I thought.

Haven't heard from Círdan in months. He couldn't even bother to come find me himself? Palantíri ominously silent; northern lights must be muddling their signal, tin foil antenna woefully ineffective.

Ship finally arrived. Ice Skaters think I should stay with them; very worried. Maybe Palantíri will get a better signal on the ship?