We would like to thank felfalas, arpinduellyer86 for all schreenshots and additional information of the new Oathbreaker Herald. Additional input and data are always welcome!

The look of our Oathbreaker Herald 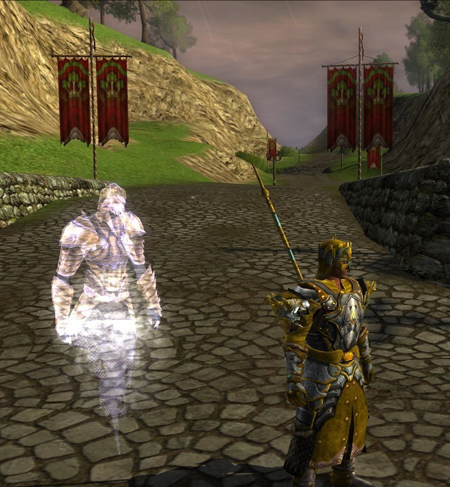 Right now we have 3 icons to click to summon a Herald, one icon for Herald of War, one for Hope, one for Victory. We will now get a 4th icon to summon the Archer. Basically you equip the Oathbreaker armament which you can only equip IF you have the Legendary traited for it. Then when you click one of your 3 herald icons or the archer icon you will summon that archer/herald, but he will have the look of an Oathbreaker with more morale/dps/power/armour. All the skills we currently have available for are heralds stay the same with the Oathbreaker Legendary, same goes for the new Archer skills as well.

Oathbreaker herald is from kindred reputation with the Guards of Moria.